The 1366 class of GWR locomotives was designed by C. B. Collett. They were built to replace ageing Cornwall Mineral Railway locomotives used for shunting around dock yards.

They kept many of the features of the older locomotives including the Allan straight link valve gear. There were six engines of the 1366 class, numbered 1366 – 1371. 1369 is the sole survivor.

1369 was completed at Swindon in February 1934 and cost £1979 plus £438 for her boiler. For much of her life, she worked at Swindon works, where she was used for shunting the extensive works facilities. In 1960, she was transferred to British Railways Southern Region stock to work the Weymouth Quay branch in Dorset.

Whilst at Weymouth, the 1366 class locomotives there were fitted with brass bells for use when traversing the tramway-style branch. 1369 still sports its bell, although it is not the original, but a replica recently manufactured. (The original was purchased at auction for £900 around 2004 by the South Devon Railway Association and reunited with the engine. In March 2014, thieves stole the bell and it has never been recovered – Crime Number JA 14266, if anyone ever comes across it).

In 1962, with replacement at Weymouth Docks by diesels imminent, three class members (1367, 1368 and 1369) were transferred to Wadebridge shed to work the Wenford Bridge china clay branch in Cornwall, replacing the former LSWR Adams well tanks of 1898 vintage. 1369 and her sisters remained in service there until 1964 when, once again, diesels ousted them from their duties.

Despite its size, 1369 is an excellent performer. 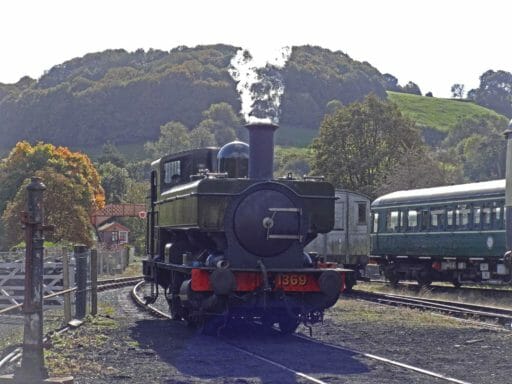 The sounds and smells of a working steam shed returned to sleepy South Devon today, 16 October 2020. The smell of warm oil, the sound 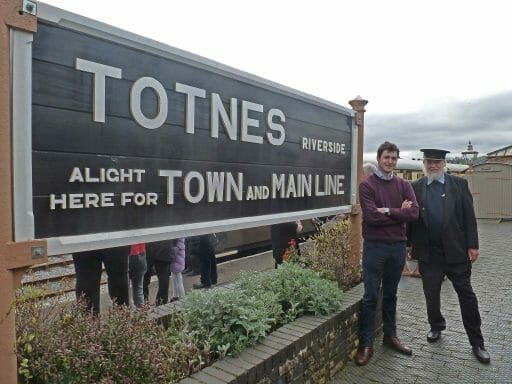 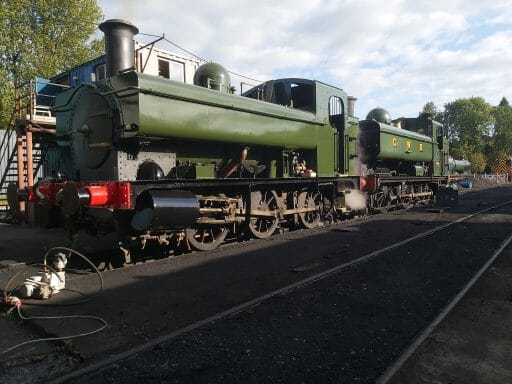 So, popular former GWR loco No. 1369 ran its long-awaited first revenue earning train in just over two years since May 2017 on Saturday 5 October. 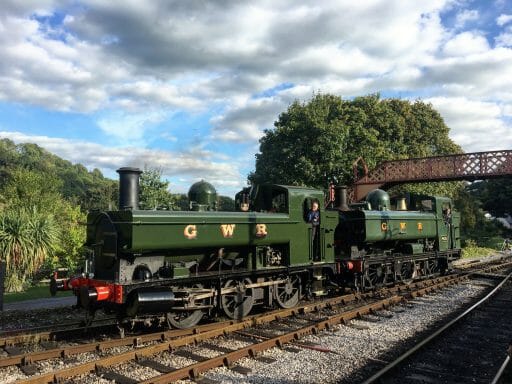 After just over two years out of traffic, 1369 has returned to steam this week. Her stone-cold boiler was warmed slowly and tested on Tuesday