No 790 is GWR chief mechanical engineer, George Jackson Churchward’s dynamometer car and was built in 1901 at Swindon at a cost of £890.

It was designed for measuring real world engine performance and was marshalled behind the locomotive while the technicians in the coach monitored speed, steam pressure, coal and water consumption, tractive effort and so on. Its internal equipment included a Hallade recorder, which recorded on a roll of paper, revolved by clockwork, the oscillations of the coach during a test journey, thus indicating the condition of the permanent way (i.e the track). There was also a retractable, flangeless wheel for recording speed, which could be raised and lowered on to the track as required.

No 790 has a ‘royal’ clerestory roof and has observation windows at each end and side lookouts.

790, which by then had its final number W7W, was withdrawn in 1961 and stored at Swindon until purchased for preservation in 1965. Sadly, none of its fascinating recording equipment survives. 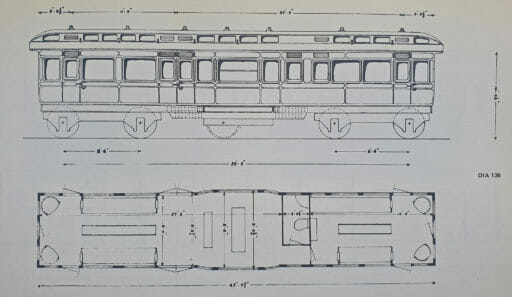