As part of the SDR’s preparations for re-opening, the railway started running steam trains from Wednesday 7th April for a month-long period of ‘shakedown refreshers’ for footplate crews, Guards and signalmen.

These ‘Shakedown Steam’ trains are running will be running throughout April and up to the start of May. Although these trains will be not be carrying passengers, they will be running regularly throughout the days and away down the line for a maximum of an hour and a quarter usually.

Don’t forget that the SDR Site Open Days start next week on Monday 12 April too, and our expected re-opening to public trains is from 17 May.

The pictures show some scenes from the last couple of days of the ‘shakedown’ trial running. The one at Buckfastleigh was taken on the first full training run for footplate staff and guards with an empty passenger train which was waiting to leave on Wednesday 7th April in the morning  – five return trips were run in total that day.

The other one at Totnes was on the last of four trips on Thursday 8th.  In both cases, it was with loco No. 5542 with four coaches and the pictures were taken by SDR commercial director Alan Taylor who comments:

“Throughout the day on Wednesday, we were met with enthusiastic waves and smiles all the way along the line. Walkers, motorists, residents at Staverton, and passengers on main-line trains were all pointing, smiling and waving at us. I gather the Buckfastleigh Town Facebook page has received many ‘welcome back’ comments too, such as: ‘it’s great to hear the whistle again’, and ‘normality returns’! The feel good factor is definitely still alive and well for the SDR in Devon!” 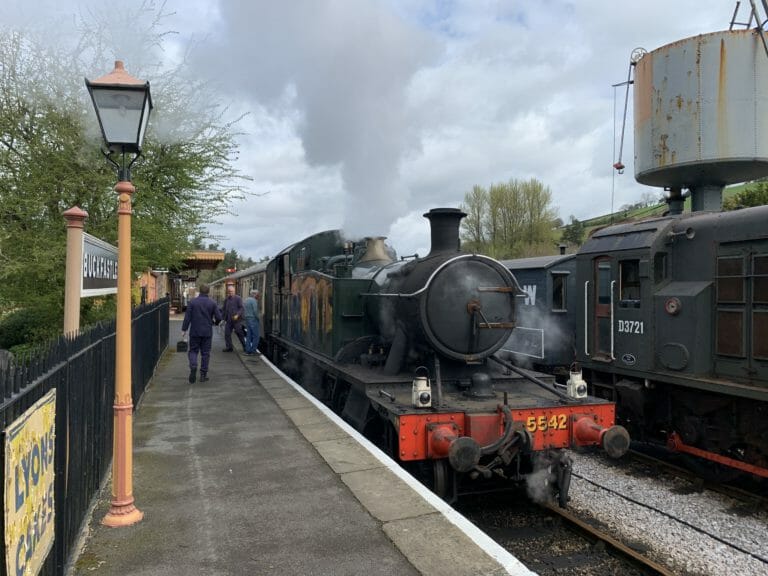 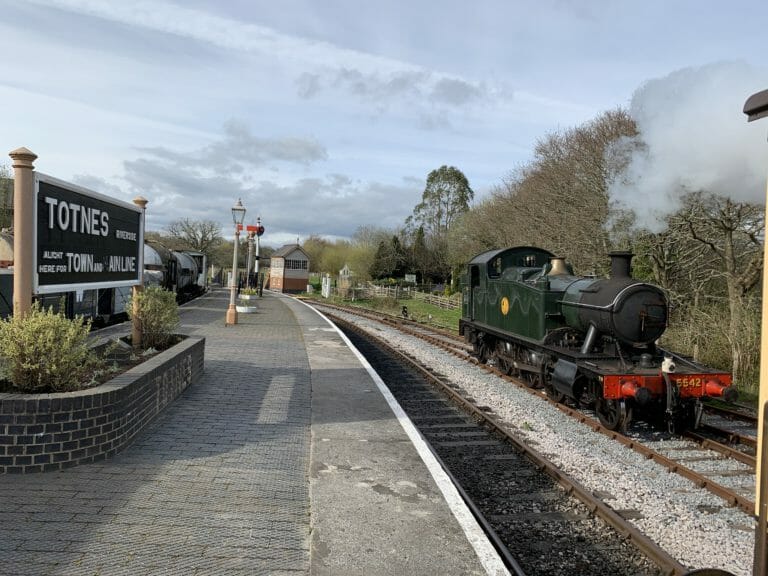