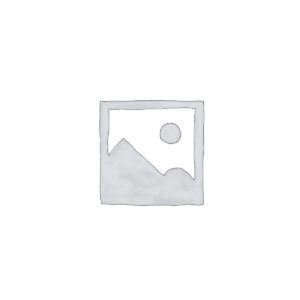 The N15 Class, introduced in 1918 from a design by Robert Urie, was also known as the King Arthur Class, being named after people and places associated with the legend of King Arthur and the Round Table. This class of two cylinder 4-6-0 passenger steam locomotives proved to be one of the most successful during the post-grouping era of 1928-1948, with seventy four locomotives being built during this time.

The whole class was built in a total of six batches, with the first two batches being built at the London & South Western Railway’s Eastleigh Works between 1918-1919 and 1922-1923. Carrying the characteristics of Urie’s stove pipe chimney, Drummond style of cab and inspired by the shape of the H15, the first batches of locomotives became known as ‘Urie Arthurs’.

Upon assuming the position of Chief Mechanical Engineer of the Southern Railway, Richard Maunsell built a third batch of ten locomotives at the Eastleigh Works and these became known as the ‘Eastleigh Arthurs’. Maunsell’s batch incorporated a small number of significant modifications including changes in the draft, to the valve gear, cylinders, chimney, blastpipe and an overall increase in boiler pressure that significantly improved the performance.

In 1924 two more batches were ordered from the North British Locomotive Company in Glasgow. These thirty locomotives, referred to as ‘Scotch Arthurs’ were built to the Southern Railway’s new composite loading gauge and were connected to eight wheel bogie tenders, which had a 5,000 imperial gallon capacity. The last batch of fourteen locomotives, the ‘Brighton Arthurs’, were built at Eastleigh between 1926 and 1927 and adopted a six wheel 3,500 imperial gallon tender. The order had initially been for twenty five locomotives, but the batch was never completed, the last eleven locomotives being replaced by the introduction of the Lord Nelson Class of locomotives.

The ‘Urie Arthurs’ were eventually modified to Maunsell’s standards as they entered the workshops for their regular visits and as the class became more unified, the Southern found they had a free steaming, sure footed and economical workhorse of a locomotive. Staff, from footplate to traffic department, welcomed the locomotive, especially when it came to working the gradients of both the South Downs and the West Country.

Having proved to be one of the most versatile designs of its day, the King Arthur Class combined reliability with impressive performance. However, the introduction of electrification, the Lord Nelson Class and ultimately, the Bulleid Pacific locomotives, all hastened the N15’s departure, with the entire class being withdrawn by 1962. Only one, 30777 Sir Lamiel, is preserved and is part of the National Collection, under the care of the 5305 Locomotive Association, based at the Great Central Railway in Leicestershire.

Locomotive No.742 Camelot was built at Eastleigh Works, being one of the ‘Urie Arthurs’ and entered traffic in June 1919, although the naming ceremony did not take place until December 1925. Smoke deflectors were fitted in June 1928 and the Maunsell first fitted in September 1932. Camelot was finally withdrawn from service whilst at Bournemouth Shed, February 9, 1957.

Only logged in customers who have purchased this product may leave a review.