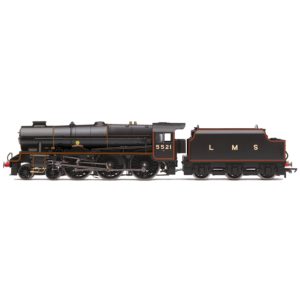 Gordon is a blue 4-6-2 (‘Pacific’ wheel arrangement) steam engine with the number 4 painted on his tender. Gordon first appeared in the 1st book in Reverend Wilbert Awdry’s The Railway Series, entitled ‘The Three Railway Engines,’ in 1945 and two other books in the series are dedicated to him, No.8 ‘Gordon the Big Engine’ and No.31 ‘Gordon the High Speed Engine.’ He pulls the express coaches used on fast trains.

All of the locomotives in The Railway Series are based on real historical engines; Gordon is believed to be based on a Gresley pacific prototype, which was never built but for which plans exist, as he is a 4-6-2 similar to the Flying Scotsman, an LNER A3 class locomotive.