After months locked away in garages, owners of classic cars and motorcycles are planning a get together at Buckfastleigh Station on Saturday 12th and Sunday 13th September. The South Devon Railway is holding a classic vehicle gathering at Buckfastleigh station and is expecting up to 70 vehicles on each day. In addition to cars and motorcycles, there will be a small display of military vehicles put on by local members.

Vehicles booked to attend so far include some really interesting cars such as a 1924 19.6HP Crossley, a 1951 Studebaker Champion, a Ford Mustang,  plus a selection of pre-war and post war cars. The local Austin Healey group will be represented by a group of members and their cars, as well as vehicles from members of the Torbay Old Wheels Club and the Devon Vintage Car Club.

A late entrant is a particularly unusual Model T Ford fire engine (pictured). Originally owned by the Earl of Derby between 1923 and 1948, and whose crest is carried on the vehicle, it was put on display in a Ford dealership in Manchester until 1976, then sold to a Coventry Ford dealer before purchase by its current owner in 2012. The vehicle was assembled in Manchester and is a rare right hand drive example. 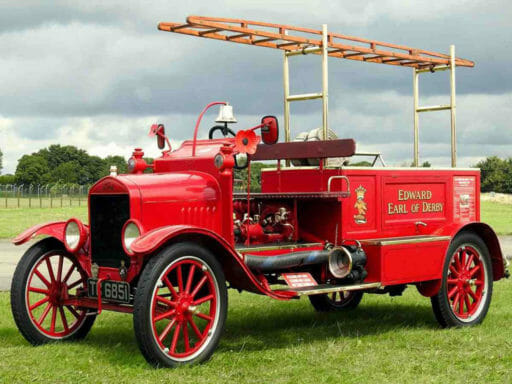 The railway is not running a service to Totnes yet – this is expected to recommence later in the year – but has reopened the grounds for visitors to enjoy. Admission is free but visitors are asked to make a donation to the railway’s ‘Save Our Steam’ Appeal. So far, the line’s supporters have contributed almost £250,000.

Also in operation over the weekend will be the miniature railway – a 7¼” gauge line which will be steam worked for the weekend, the Garden Railway with its miniature steam models in action and other static exhibitions including the Lee Moor Tramway exhibition displaying one of the two Peckett shunting engines that were used up at Lee Moor when china clay was still transported by rail to the docks in Plymouth.  Lee Moor No 2, as it is known, has its own shed at Buckfastleigh because of its very unusual track gauge of 4’ 6”, compared with the normal national gauge of 4’ 8½”.

In the old signal box, visitors can try their hand at pulling the levers and, from the workshop viewing gallery, visitors can see the large machinery used by our engineers in the repair and overhaul of locomotive and carriage wheels for heritage railways and the national network. The railway’s own fleet of steam and diesel locos is also on display, awaiting the day when they can take visitors on the journey to Totnes once more. 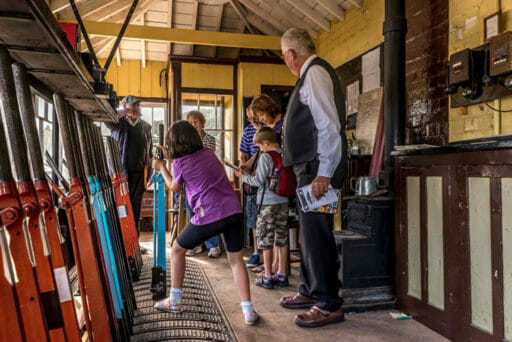