The sounds and smells of a working steam shed returned to sleepy South Devon today, 16 October 2020.

The smell of warm oil, the sound of steam escaping from the safety valves, and the crackling of burning welsh coal from the firebox were all present, as 1369 undertook a steam test with Joe Mulloy of the SDR and Cameron Bundy from Allianz in attendance. With all parts of the test successfully completed, the locomotive is now ready for action. 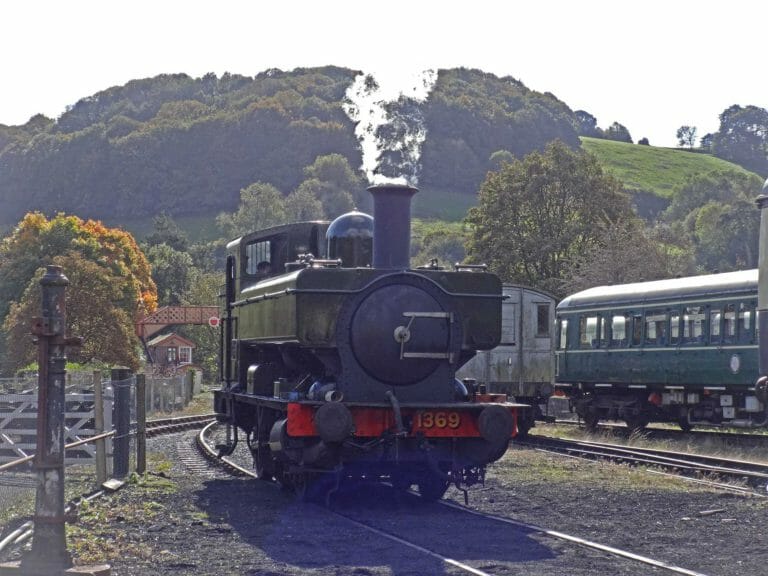 The South Devon Railway continues to hire engines out to other railways. The revenue generated is, of course, a great help to the railway during these difficult times, but it also helps spread the good name and goodwill of the SDR.

There are a number of our locomotives out on hire at the moment so, as a supporter of the SDR, you have an opportunity to see our engines in action at the following railways:

We are expecting GWR pannier tank 1369 to stay at home next season and to be our locomotive of choice for 2021 service trains.

BR large prairie tank 4160 arrived at Buckfastleigh on Thursday 8 October. She requires the completion of some repairs before re-assembly can begin. Our target completion date is summer next season when hopefully she can return to service.